SlateMail – a newbie’s project to streamline his email

Slate.com blogged an attempt by a non-programmer to write his own email client, in an attempt to improve his email life.

I was email-depressed. You may well be too. Lots of people are, but email is not on the laundry list of things that people routinely complain about, like weather or allergies or public transit. Nobody asks, “How was the email today?” And nobody replies, “Awful, just awful. New York just has the worst email.” But ask people directly, and you’ll see there’s an epidemic of email depression. Last year, Slate conducted an internal survey about email, asking editors and writers, “How do you feel about the amount of emails in your inbox?” The responses included: “Exhausted.” “Overwhelmed.” “Alarmed.”

He adopted some smart ideas to match the way his wishes to organise his email traffic. This is a classic example of the 80:20 rule, he’s been able to get 80% of the functionality he needs by covering 20% of a standard email client and customising. But someone else’s basic requirement may be a differ 20%.

I had a semifunctional email client. It could receive, display, and send email. Features I considered crucial, such as email threading and quoted message collapsing, worked somewhat reliably. There were other common features I wanted to add, features that most users would consider non-negotiable, such as search functionality and email address auto-completion.

Ultimately, he developed an application that worked for him. More notably, he grew to love coding and became somewhat addicted to it:

By that point SlateMail had taken over my life to a far greater extent than email ever had. Whenever I found time to think, I coded in my head. I improved the syncer on a walk to the grocery store. I built the mailbox tree standing on the subway.

Jaguar have proposed a new approach to navigation – displaying a ghost car to be followed along the route.

Officially known as “Follow-Me Ghost Car Navigation,” the system uses the heads-up-display technology to project an illuminated “ghost car” that looks to be driving right in front of the actual vehicle.

It’s a brilliant example of putting the information exactly where the user wants it.

Gigaom reports that Bionym have begun shipping its heart-rhythm-based password band to developers.

A day is nearing where you will be able to open a door or access your laptop based on your unique heart rhythm. Bionym, maker of the Nymi wristband, began shipping units to developers today so they can create applications for the unusual password system. Bionym originally intended to ship the bands to consumers earlier this year, but has been delayed.

There’s a video accompanying the announcement – what really interested me isn’t just the claim that heart-rhythm is individual enough to be used as a secure identifier. It’s also that they see the wrist band being used to interact with devices via gestures – in the video, “Steve” opens his car boot and car door with gestures, and also interacts with the computer in his hotel room via the wrist band: 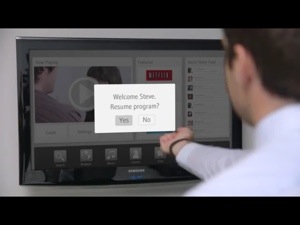 Whilst 3D body gestures are unlikely to have the granularity of a mouse or stylus, it’s interesting to combine identification and interaction in this way.

When working remotely, I am able to log into my desktop machine and work pretty much as if sitting at my desk in the office. Unfortunately, though, whoever wrote the remoting layer thought that “SHIFT+F3” would be an inconspicuous shortcut for logging out immediately, without even a confirmation dialog box.

My main applications include Visual Studio and Excel – so I log myself out several times a day when in-the-zone and either searching code or editing functions respectively.

I’ve resorted to taking the key out to avoid the reconnection penalty every time this happens.

Now, I’ve tracked down this option to stop the Error List appearing:

The remaining question is: why put this option under “Projects and Solutions” instead of under “Build and Run”?

How to recover a dead iPhone

I got out my my iPhone this evening and it was dead.  No response from it, not even when I plugged it in to the mains (which has worked before when the battery ran out of charge).  Attaching to a PC via USB did not revive it either.  Very mysterious, given that it was working just fine on the way home from work.

Fortunately, this post had the answer – hold down the Power button and Home (square) button until the Apple logo appears.  And you have to believe – no point counting to ten and giving up, really believe and the iPhone will come back to life.  Worked for me (after 14 seconds).  This article has even more tips in case the first doesn’t work.

Some might say that any hardware that relies on the user to google an obscure combination of buttons to turn on their phone has a screw loose – but I’m just happy to have my phone back.

NFC key to the future