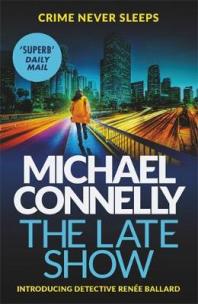 This detective thriller by Michael Connelly introduces Renee Ballard as his latest character. Ballard has been relegated to the night shift at the LAPD, following friction with her former boss. Her passions are solving crime and surfing/paddle-boarding on the sea – she has an unconventional lifestyle, hanging out at the beach with her dog during the day (often sleeping in a tent) then working at night.

This book follows quite a complex plot across several cases. The primary case is the assault of Ramona Ramone, a sex worker brutally attacked and left with unusual bruising, as if from lettered knuckledusters. Ballard is then sent to the scene of a mass shooting at Dancers Club – this opens a new plot line and Ballard believes that a dirty cop shot the victims to cover his involvement in organised crime. Ballard follows clues to a likely perpetrator of the assault on Ramone at an “upside-down” house – whilst investigating, we find out that Ballard is prepared to break a few rules here and there, much like Connelly’s established detective, Harry Bosch. Bosch is mentioned in this book, but does not appear.

The book covers several different cases and at times it was difficult to keep track. Worth reading, though, as the first in what’s likely to be a number of books featuring Renee Ballard.