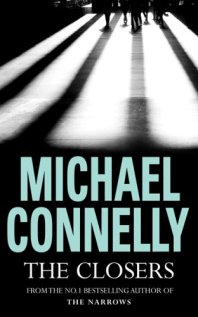 I bought this book from a charity book shop, so it could have come anywhere in the timeline of the Harry Bosch series. I was quite amused that this one heralds Bosch coming out of retirement to work in the Open-Unsolved Unit of the LAPD – the last book that I read in this series was when he came out of retirement after he’d left the Open-Unsolved Unit!

Bosch and partner Kiz Rider are assigned to investigate the murder of a schoolgirl many years before. The case is being reviewed in the light of DNA evidence – they hope that blood on the murder weapon will lead them to the killer. As might be expected, they witness the devastating effect the crime had on the girl’s mother and father. The mother’s life is on hold years later, waiting for resolution. The father has lost his career and is homeless – but Bosch tracks him down. He finds that the man blames himself for letting his daughter down, having been scared off from asking questions about the investigation by senior members in the LAPD.

Whilst the investigation necessarily follows the car mechanic whose blood was found on the gun, the investigators know that he may not be the killer. They need to link him to the girl somehow – probing attendance at the same school or overlapping social circles in the town. Yet, none of the girl’s friends recognise the man.