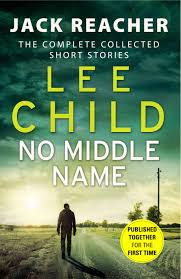 This is a collection of short stories featuring Jack Reacher. Despite reading a few negative reviews, I found this book pretty good. I’m sure a lot of Jack Reacher fans will be interested to read about Reacher’s childhood – but I can imagine it would have been hard to explore that in a complete novel.

“Second Son” is set when Reacher is 13 and newly arrived at a military base. Whilst his upbringing is mentioned in other books, the relocation from one base to another is shown to be a big part of his life. He has to find his feet pretty quickly when surrounded by openly hostile kids – and his loathing for running means that in a fight-or-flight situation, the choice is already made.

“High Heat” is set a few years later – Reacher goes to the city at 16, purely to look around before visiting his brother. As a man, we see that he gets involved whenever he witnesses an injustice – as a young man, he was already inserting himself into adult conflicts, and somehow coming out on top despite tough odds.

“James Penney’s new Identity” stands out because Jack Reacher is really incidental to the main plot – I don’t think Lee Child has written many books without Reacher (any?), but this shows that he has more than enough ideas if he wanted to invent another character. But Reacher is so popular, you can’t blame him for giving the public what they want.

The best stories are at the start – the last few are shorter too, but by then I’d had a great time reading the book anyway.