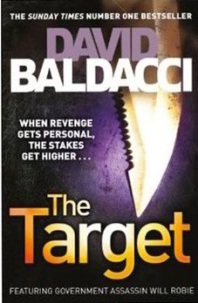 This is the first book by David Baldacci that I’ve read in a while. I enjoyed the early books in his King and Maxwell series, but thought they tailed off by the end. This book features CIA agents Will Robie and Jessica Reel, who have a tainted past with the agency, but are still at the top of their game. The real star of the book is a North Korean agent, Cha Chung, who has unmatched combat skills and an unshakeable character in the face of adversity.

This is a decent read and I may track down the earlier books in the Robie series, particularly The Hit which comes before this one.

Tagged as David Baldacci, Will Robie