When I first installed Visual Studio 2012, I was taken aback at how awful the user interface looked and felt (and it seems thousands of other people had the same opinion). Fortunately, several articles have appeared explaining how to revert VS2012 to a similar look to that supported by VS2010: 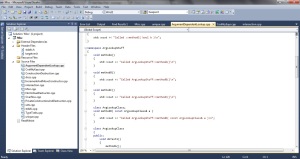 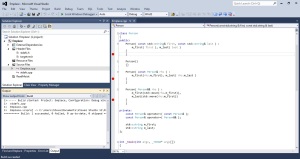 I wouldn’t normally go to this amount of effort to customise an application, but in my eyes the Visual Studio team got this so wrong that I had no choice. Furthermore, I don’t think VS2012 gave us so much more than VS2010 in terms of C++11 standard compliance that it was worth the effort! However, Herb Sutter has announced a VS2012 upgrade to provide several sort after C++11 features – hopefully that this upgrade will make it worth the pain.